LIFE AND ART IN THE KRUMLOV MONASTERIES

This exhibition introduces the architecture and art of this medieval double monastery, how religion spread throughout the world through missionary and diplomatic travels, and the life in the monasteries itself.

The former Minorite monastery, now owned by the Knights of the Cross with the Red Star, offers gems such as the St. Wolfgang Chapel, where original Gothic murals were found on the bottom part of the walls beneath all the mound and later layers, continuing with Baroque draperies and Art Nouveau ceiling depicting the life of St. Wolfgang.

The Gothic arches of the ambit provide a space for the uniquely preserved lunette painting cycle depicting the birth, life, and death of St. Francis of Assisi. From the original 25 paintings, 18 were restored. The paradise garden of the ambit was overbuilt with the Virgin Mary of Einsiedeln Chapel, gifted to the monastery by Johann Christian of Eggenberg in 1680. Even though the chapel is much younger than the monastery itself, it was built in the Gothic style.

Apart from the statue of the Black Madonna in the Einsiedeln Chapel, you can also admire a statue of the Krumlov Madonna, the Třeboň Madonna, and a painting of the Roudnice Madonna, located in the Clarissine monastery.

The former Clarissine monastery acquaints visitors with the life of St. Clare and everyday monastery life. You can see the contrast between the penury of nunhood and the ornate magnificence of sacral objects. 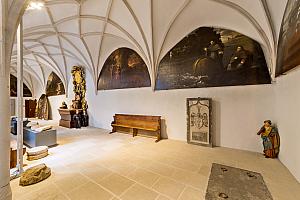 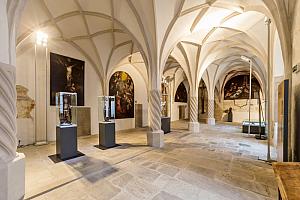 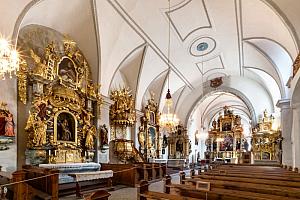 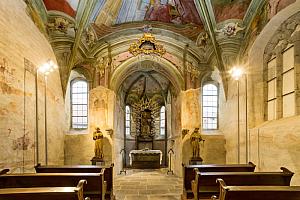 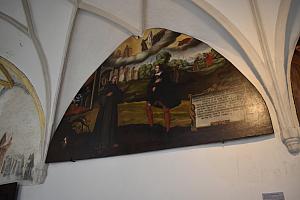 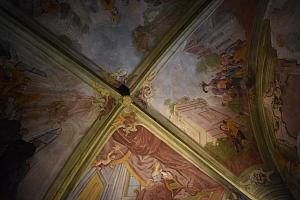 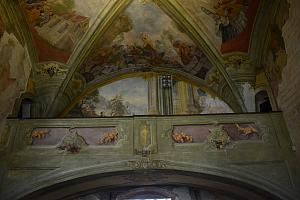 The entrance to the exhibition is from the Tramín courtyard, information and tickets can be obtained at the Visitor Center. The former monastery of minorities is barrier-free.

Curiosities from our exhibitions 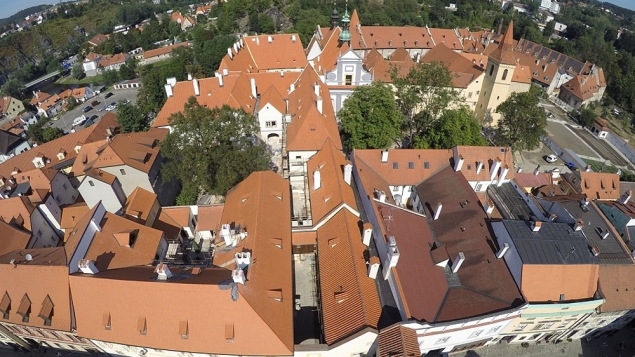 THE CITY OF ČESKÝ KRUMLOV AND ITS MONASTERIES

Our visitors can acquaint themselves with the history of Český Krumlov and its monasteries. A clear timeline shows the most significant historical events of the city and of both monasteries. The exhibition poignantly captures the time between the first written mentions of the town in 1253, its golden age at the time of Rožmberk rule, and the establishment of the monasteries. Many other important events are mentioned, such as the commencement of silver mining, Renaissance modifications to the monastery, and, in modern history, the dissolution of the Minorite monastery in 1950.

This exhibition is barrier-free by request. 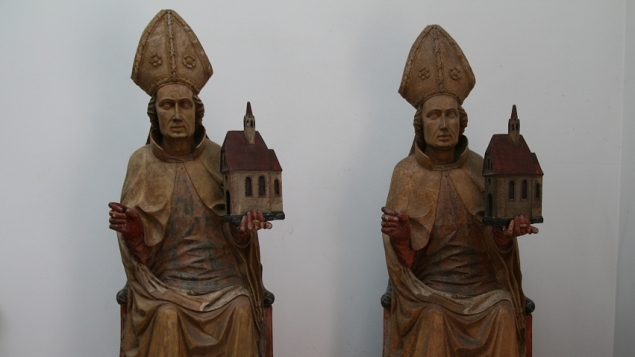 This exposition presents significant plastics from high and late medieval era, which are directly connected to the monastery of Minorites. The best pieces of the beautiful style, replicas of Krumlov and Třeboň Madonnas, are the highlight of the exposition. Famous Krumlov Madonna is followed by Madonna medallion from the Minorite monastery, which takes motifs also from the Pilsen Madonna.

Two plastics of Madonna and The Resurrected Christ from 15th century Kájov are also on display. The emphasis was given on return of artworks to their original location. That is why an above life-size statue of St. Wolfgang from 16th century returned to the chapel of St. Wolfgang, which was built by Václav Juleus and consecrated in 1491. Above life-size statue of The Crucified from 1520 closes the exposition. 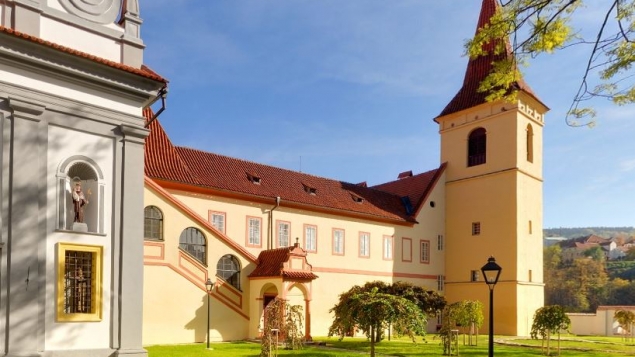 MINORITES IN THE MIDDLE AGES

The monastery of Minorites and Clarisses was established by the widow of Petr I, Kateřina together with her sons Petr, Oldřich, Jan and Jošt as a part of the new city widening. The monastery was consecrated in 1358 in the honour of Corpus Christi and Virgin Mary. After convent settling, the founding documents were published in 1362.

The contemporary character of the monastery results from two construction phases: at its base are the buildings from the second half of the 14th century, rebuilt at late-gothic times between 1490 and 1500. The monastery was rebuilt in baroque style into contemporary form in 17th and 18th century and typologically it is closest to the St. Agnes monastery in Prague. The exposition of Minorites introduces the founding of the order and its history, the complicated issue of obtaining the papal confirmation of its Rule and following fission of the order in 13th century. The visitor learns about medieval history of Minorite order and important personas in Czech lands.

One part of the exposition shows the visitors the development of architecture and artwork of this order in Czech lends with a link to Czech Minorite convents and houses, which influenced contemporary architecture. Attention is also given to the phenomenon of double monasteries and their function in Czech lands. 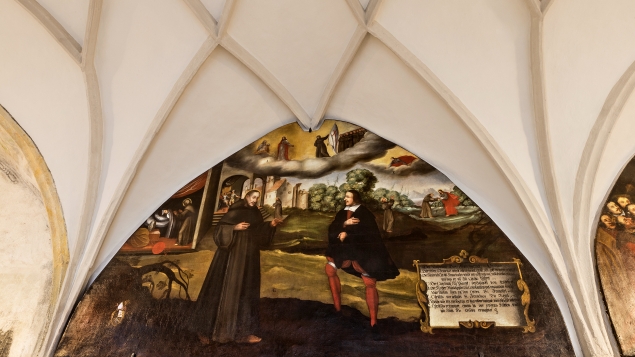 THE LUNETTE CYCLE LIFE OF ST. FRANCIS OF ASSISI

The main topic of this exposition is a presentation of baroque lunette cycle with depictions from the life of St. Francis of Assisi, the founder of the mendicant order of Minorites. The lunette cycle, placed on the walls of the cloister, was created between 1657 and 1667. Painted stories point out the propriety of following the virtues of St. Francis.